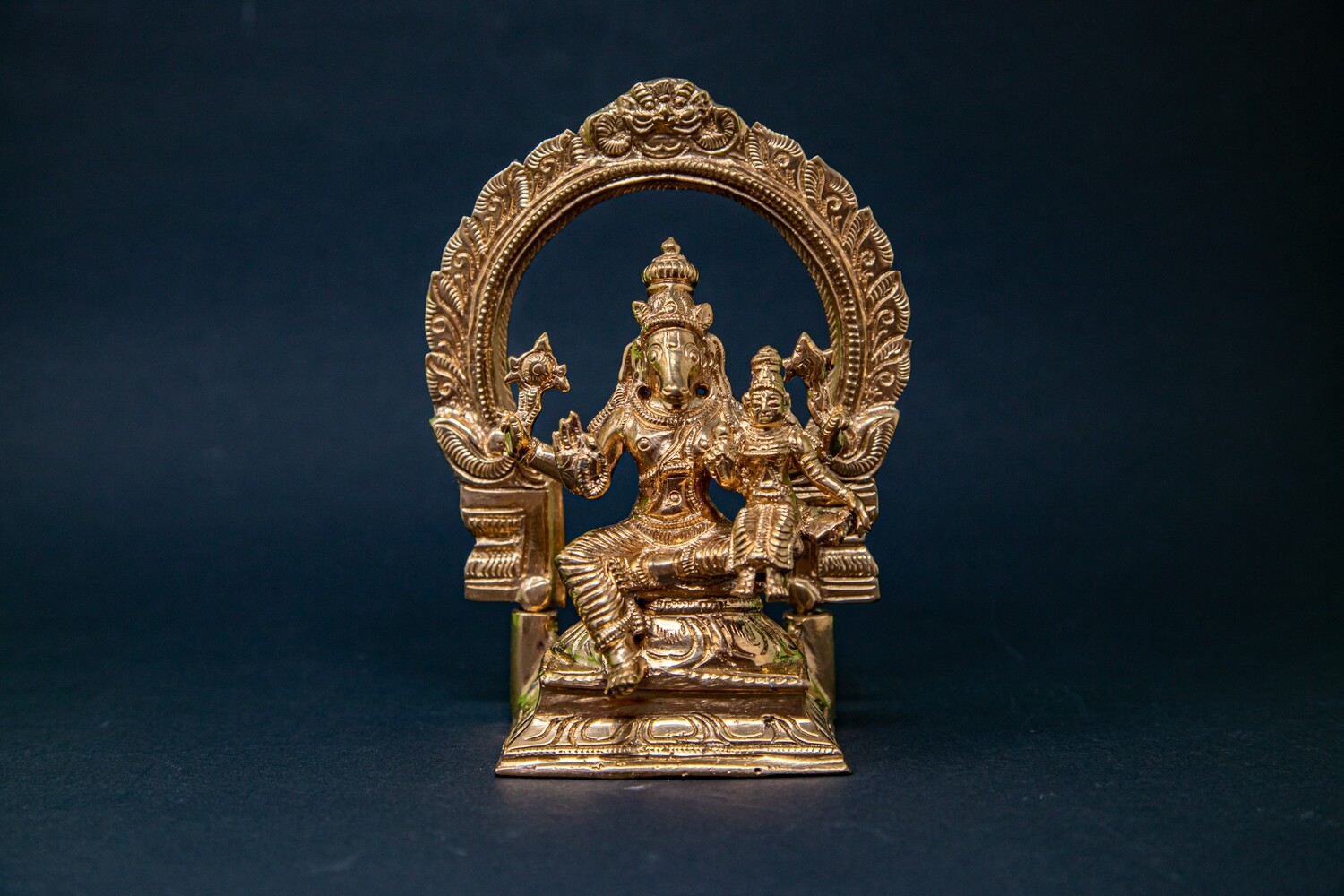 Vishnu's preserving, restoring, and protecting powers have been manifested in the world in a series of ten earthly incarnations known as avatars. The avatars arrive either to prevent a great evil or to bestow blessings and goodness upon the earth.

This murti represents Lord Varaha, the boar incarnation of Sriman Narayana, who is the preserver and protector of Mother Earth. Mother Earth is also known as Bhu-devi, who is an expansion of Maha-Lakshmi.

The demon Hiranyaksha abducted Bhu-devi in his quest for power, only to be defeated by the protective and loving mercy Lord Varaha displayed for Mother Earth and her inhabitants. That’s why devotees often pray to Lakshmi-Varaha for the welfare and preservation of our planet.

‘Bhu-devi, seeing Varaha-avatar, became filled with this hope that her anguish and her pain would be relieved. And so Hiranyaksha tried to stop Varaha and tried to taunt Varaha … But Varaha wasn't listening… He carried on straight for Bhu-devi and dug his tusks into the ground under the sea bed and lifted Bhu-devi up and then travelled all the way to the surface. And there He blessed Bhu-devi and He married Her.’ – Paramahamsa Vishwananda

Colour: Golden (but not gold-plated)

Height full: approximately 155 mm. Size is measured from bottom of the base to top of the arch.

Save this product for later